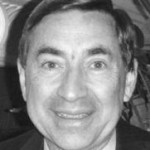 During his career as General Engineer from the Ecole Nationale des Ponts et Chaussées, Gilbert Roubach held many positions with responsibilities in ministerial cabinets, in the French administration or in several companies. More particularly, he worked as the Ministry of State for the Sea’s Chief of Staff, as Central Administration Chief Executive of the Ministry of Equipment, as Executive Director of the Public Institution for Modern City Planning and as Executive Director of Motorway Companies. His professional activities lead Gilbert Roubach to acquire a profound knowledge of numerous economic sectors such as those related to telecommunications, maritime transportation, public work or urban and land-use planning.